Each year new members are added to the Athletic Hall of Fame as selected by a twelve person Hall of Fame Committee, from qualified nominations. Any graduate of Eatonville High School eligible, providing criteria for consideration are met. The selection committee is made up of: The ASB President, Senior Class President, Athletic Director, Principal, one Fall Coach, one Winter Coach, one Spring Coach, three Community Members, and two at-large members. Positions on the committee are for five-year terms.

Nomination paperwork is collected throughout the year. The selection committee meets in late spring. Selections will be made before June 1, and the inductee(s) will be announced by mid summer. Inductees will be recognized at half-time of a home basketball game or football game.

Once a nomination is received it will be reviewed by a committee of up to 15 administrators, coaches and community members. The voting committee members must be present at the meeting. Recipients of the award will have received a minimum of 70% of the committee vote. Each year the committee may select up to five (5) new members for induction into the Athletic Hall of Fame. 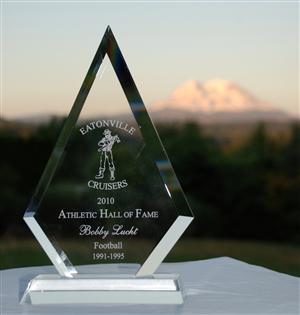